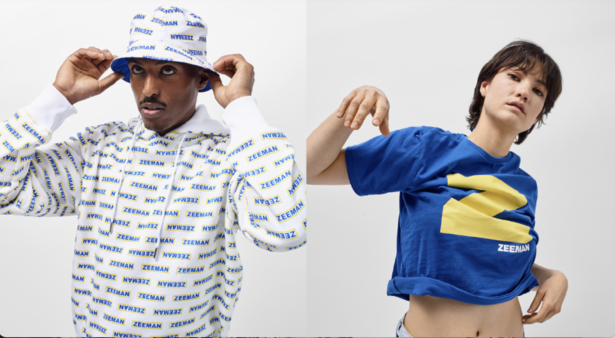 A Dutch discounter with a different approach, let’s have a closer look at Zeeman, an example of agility towards their clients and communities.

To me Zeeman is a great example of expanding your target group without losing touch with your core. I have to admit, it is also one of my personal favorite Dutch brands and I adore to combine their T-shirts and sneakers with designer brands!

Let’s face it, in the retail textile market, there has not been much positive going on lately. Many brands have gone bankrupt or are struggling to survive. Yet Zeeman has been on a consistent path of brand differentiation and growth since 2015. Back then they launched a daring strategy in their retail segment by quitting the weekly circular. Instead, they increased their investment in TV and online media.

In addition to taking a daring media approach, they had a close look at their product offer. They decided to create a limited number of remarkable products a couple of times a year. They launched and promoted these limited editions at atypical moments. They eschewed extra advertising around traditional retail moments such as Easter, Christmas or Valentine’s Day, but splashed out on full media budgets for limited edition festival collections for youngsters, or specialty items like bridal gowns.

Then they began to explain, openly and transparently, about their quality and price setting. They created basic but appealing advertising campaigns, found their own tone of voice, used it consistently over time in all their touch points and showcased their real clients in most advertising campaigns. This consistent approach—in a declining market—proved they were right.

In 2018 they won a Gold Effie in the Netherlands with stunning results:

In 2019, even though they closed several shops, they continued their growth with 5% compared to 2018 and had a €639 million turnover. To round out this impressive growth story, they continue their sustainability efforts by producing 25% of their textiles in eco-friendly materials.

I am a big fan of this brand, and not only for their winning strategy in compelling times. They turned a ‘cheap’ brand into a ‘fun’ brand for fashionistas and influencers with their fan collections. A limited edition collection of ‘wannahave’ items sells out in a blink. This is another one of their merits. Getting massive press coverage and attracting new target groups—such as fiancées with a wedding dress for €29.99, or hipsters with a sneaker for €12.99 or a perfume called ‘luchtje’ for €4.99—they always seem to reach a different target group each time, despite the fact that they didn’t invest much in their in-store shopping experience.

Knowing that the fashion and influencer gang lives and shops digitally, they were probably right to focus on the online experience first. Having said that, they have proven that they know, understand and act upon people’s needs. Not only do they offer appealing products, they also launch them with exactly the right strategy. From influencers to young brides, everybody became a fan of Zeeman.

But as a true game changer in the retail industry, they are also an example of how to take care of their communities. Where the average payment of suppliers in this industry is 120 days, they have made it a habit to pay their suppliers within 14 days. This is unprecedented in the industry and taking this much care of their suppliers, some of whom they have been collaborating with for more than forty years, is pretty rare! One nice side effect of this caring attitude: during the pandemic, it gave them a head start when shops reopened after lockdowns, as they received their deliveries first from their loyal suppliers.

So think again: What does the future of your main target group look like? Is there room to rethink your product/service and aim at a new potential target group? Are you in a declining market? If so, can you look for new target groups? Of course you can—but learn from the best : get under the skin of that target group before you launch. You only get one chance to do it right!