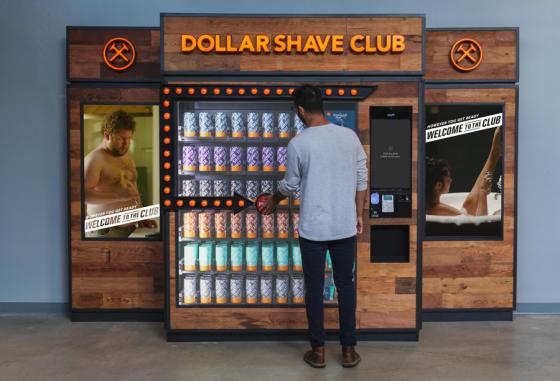 The general razor market was for decades communicating around so called ‘innovations’ such as the number of blades. These razor brands didn’t invest in innovation, but in marketing and technical looking advertising about blades for which nobody really cared much.

Back in 2012, founder and CEO, Michael Dubin didn’t reinvent the wheel. He looked at the razor market and turned it upside down

by simply creating an affordable solution to a real, relatable problem.

He took a simple razor, and for a dollar a month, send it with a subscription model straight to your door.

Did he reinvent the way men groom themselves? No.

Did he redesign the look, function, and feel of a razor? No.

He simply created a different business model around it.

He gave his audience an affordable experience once a month.

Dubin created a kick ass video to launch the idea. This video reached almost 27 million views on YouTube and turned Dollar Shave Club into a global love brand, at least amongst marketeers and advertising people.

Unilever bought Dollar Shave Club after only 4 years in operation, for a cool $1 billion.

Under Unilever’s wings the brand keeps on adapting itself. Personalized product packages restock boxes and flexible subscriptions forms are all available online.

One of their latest innovations is on channel. They have been testing the concept of offline vending machines on high traffic locations such as airports, train stations and shopping malls since 2018. No news can be found on the success of these vending machines in the pandemic, but I am convinced that they will have learned from these tests and they will apply their learnings as soon as the world opens up again.

Source
Have a COOKIE, they are free and they will make your web experience taste sweet.
Does your brand care?